So between the middle of December and the first week of January both my parents and I got called for jury duty.  I was first....before the holidays and didn't get called all week so was automatically dismissed.  My father was the week right after Christmas and didn't get called in all week and also got automatically dismissed.  My mom on the other hand has a knack for always getting called into the court for a big case.  This year was no exception.  She was called for an ugly case.  She couldn't talk about it but she was almost picked for the jury, and was being considered when the attorneys went into the chambers and took forever in there until finally coming out and then the judge excused my mom.  My mother said before they had that "chambers" meeting the defense attorney gave her the evil eye and my mom kinda smiled like "I so can't be impartial I don't even believe myself".

My mother said that she disclosed everything (you know they make you fill out forms and junk and ask you to spill your life story) and she thinks the part about Tigger and myself was the part that got her excused.

So right at around 3pm, I look to see what the news items are for our area and lo and behold, top news story is this trial that then my mom told us about.  So I read it in the paper...they are on phase two now which is determining if the insanity defense was legit as they already did the first part and there was a conviction.  As I was reading though, it sickened me.  A mom kills her 17 month old kid....17 month old kid, that's Tigger's age....no wonder the defense attorney gave my mom the evil eye, I don't think my mom would have survived this jury.  They went on to describe how this mother killed her child and it's not pretty.  Forget the stories you've heard about moms drowning their kids, think blow to the head and stabbed by an arrow....I'm sorry, I'm not going to be clean right now, but WTF? I don't care if you think God speaks to you through music how do you do that to a kid? forget the kid part, a little tyke!  Ugh.  They warned the jury that there would be "disturbing pictures"....I can only imagine.  I'm very glad my mom didn't get picked for this.  The kid was the same age as Tigger and she is very emotional about stuff like that.

As I was thinking about this case and read that the crime happened in 2009, I'm wondering if that's the call my adoption worker answered and was traumatized by it.  I was taking my adoption classes back then and one week my adoption worker who was also one of the teachers came in very serious and it was because she was signed up for overtime and got a call and the child was already dead....but this one she did disclose that she had to go to therapy for.  She's seen 7 dead kids and she went to therapy for the first time and then was ok until this last one in 2009.  I'm almost sure it was this case just because reading about it made a deep impression on me.

It's stories like these that make me think that it would be more than ok if God had a Heaven already for kids that died tragic deaths or have one to reunite with.  I know our particular church believes in a person being"at rest" until the second coming, however, there should be a Heaven for children....adults and older people can "rest", kids deserve Heaven already.  (Disclaimer: I don't need a theological comment if you know what church I belong to, this isn't about that)

Well that was the news of.the.day. 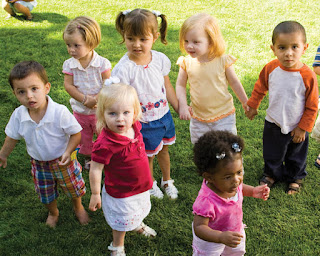 ﻿Kid's Heaven...no cares in the world and no psycho parents around to kill them!
Posted by DannieA at 8:28 PM

And an endless playground with all the sugar they can eat.

For my own peace of mind I tend to skip any article that's about a child dying. I just can't handle that.

Uh! I would never be chosen to be a part of a jury when it comes to child abuse or worse, in my opinion the adult offender should be treated just as they treated that child!

A child's Heaven is a lovely thought, always someone there waiting for them to care for them and give them their heart desire!